News > Education > EGGCEPTIONAL ACTIVITIES TO DO AT HOME

EGGCEPTIONAL ACTIVITIES TO DO AT HOME

Learn about the parts of an egg with these eggceptional activities you can do right from home.

All you need is one raw egg and one hardboiled egg. This is the raw vs. hard boiled egg spin test. Do you know which is which?

Check out these photos to help you along and identify the various parts of the egg. When starting the process, we recommend cracking it very gently so you can slowly peel away the egg shell to find first, the shell membrane. Below is a short description of the parts of the egg you will find and what they do! Have fun!

Shell: Sometimes bumpy and grainy in texture, an eggshell is covered with as many as 17,000 tiny pores. Eggshell is made almost entirely of calcium carbonate crystals. It is a semipermeable membrane, which means that air and moisture can pass through its pores. 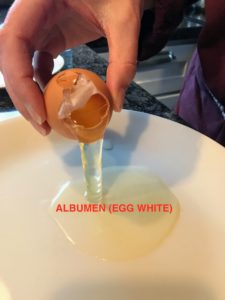 Yolk: The yolk contains less water and more protein than the white, some fat, and most of the vitamins and minerals of the egg. These include iron, vitamin A, vitamin D, phosphorous, calcium, thiamine and riboflavin. Yolk color ranges from just a hint of yellow to a magnificent deep orange, according to the feed and breed of the hen.

Chalazae: Opaque ropes of egg white, the chalazae hold the yolk in the center of the egg. Like little anchors, they attach the yolk’s casing to the membrane lining the eggshell. 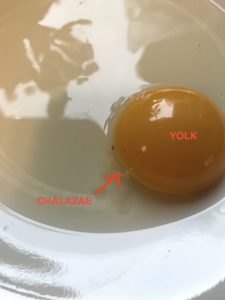 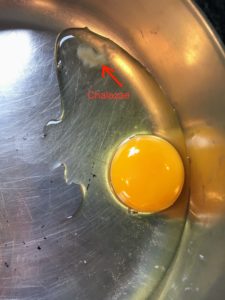 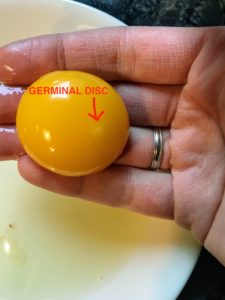 Pineland Farms is a busy place with a lot to offer throughout the year. Stay up to date on our current News & Events by following our Blog. Here you can find our upcoming Family Programs, Recreational Events, Pick Your Own Strawberry Updates and Market Specials all in one place.